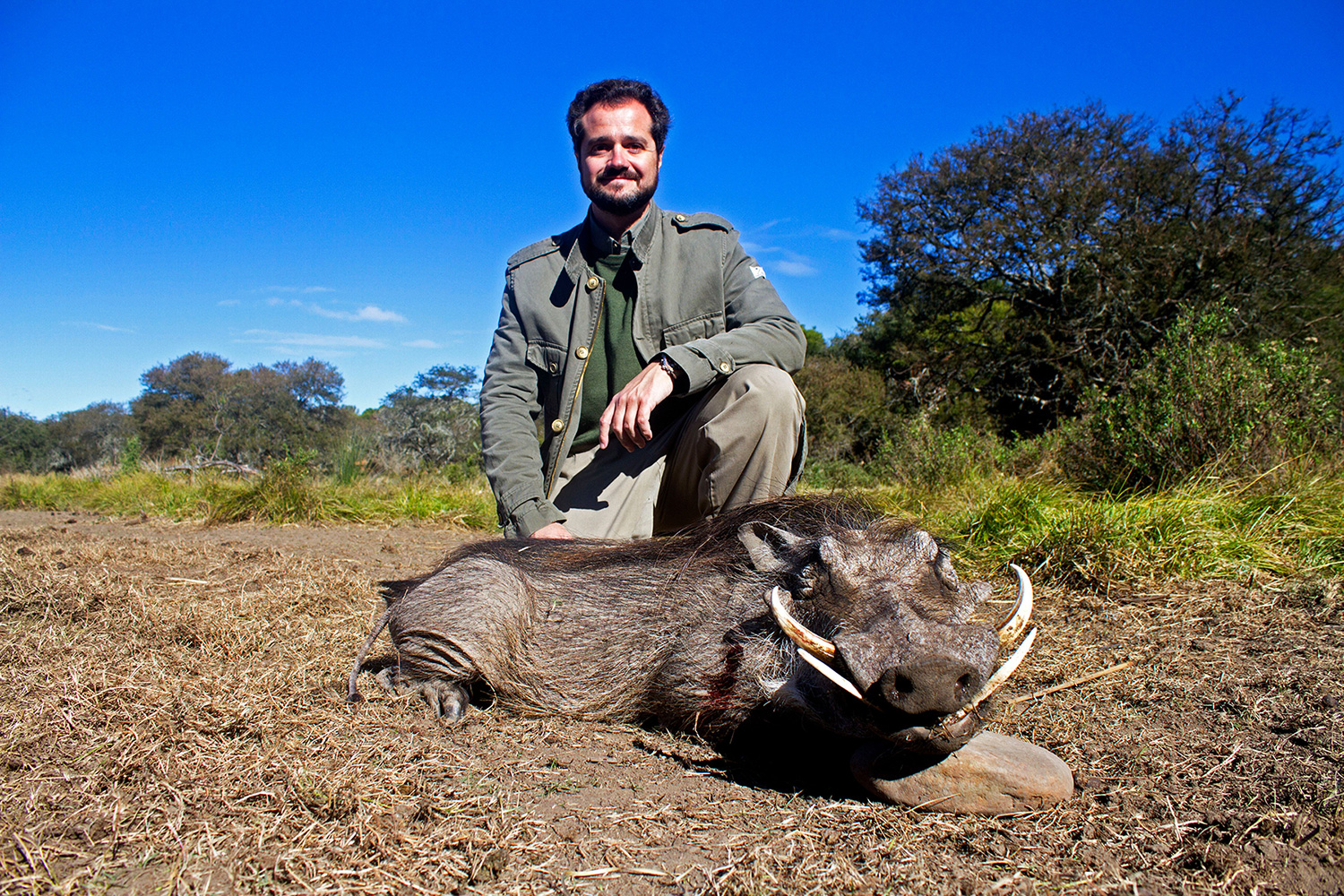 As some of you already know we have only recently started our hunting business and had the priviledge of hunting with Joacquin, who is from Spain. Joacquin was in South Africa on a photographic safari and wanted to do a one day hunt. Joaquin’s wishlist was Mountain Reedbuck, Warthog and Bushbuck.

Only having one day and being situated along the coast of the Eastern Cape it made hunting Mountain Reedbuck a little difficult as they are mainly found in the Karoo areas of Eastern Cape. Another factor that was not on our side was on the one day we had to hunt the weather was not great; very windy, cold and very overcast.

We arrived at one of our concessions and immediately started scanning the slopes for Mountain Reedbuck. We saw plenty but not the one that we were looking for. After roughly an hour we drove to another section of the ranch and while driving my tracker banged on the roof and we came to fast and steady stop. My tracker saw a Mountain Reedbuck and he was of great quality. We started stalking and after a few attempts he gave us the perfect opportunity to get a shot in. Joaquin made a perfect shot!

Our focus was now on a Bushbuck but as they are more active late afternoon and early mornings we were out of luck on seeing many during the middle of the day. We then shifted our focus on to Warthog. We saw a nice boar at a waterhole and started our approach as we were on top of a slope above the warthog. We stalked slowly and got into about a 100 yard range where Joaquin made, once again, a perfect shot.

With having two out of the three animals on the wishlist in the salt, we started looking once again for a Bushbuck. By this time of the day the weather had really become miserable. Bushbuck, like quite a lot of other antelope, seek shelter when the weather is poorly. We were unfortunately unlucky with a Bushbuck. That is hunting for you though.

Joaquin was very pleased with his hunt and trophies, he will be coming back to get his illusive Bushbuck and most likely a few other trophies too.

Happy hunting to all…

LJ Safaris is based in the Eastern Cape, South Africa. We pride ourselves in delivering outstanding hunts in wild places!

Contact Us
Prepare For Your Hunt
What Does It Cost?
Client Testimonials